On July 15 at 20:20 a Womarts panel was held at Celsius232 festival in Aviles about British author Catriona Ward’s life and career. Ward, as of the time of the festival still unpublished in Spain, is a very talented horror writer with three novels and several anthologies under her name. She’s the only woman to have won the prestigious August Derleth award at the British Fantasy Awards twice, the first time with her debut book, RawBlood, in 2016, and the second one with her second, Little Eve, in 2018. Her third book, The last house in Needless Street, is going to be released in Spain this fall and the rights to the film adaptation have been bought by Imaginarium Productions, the production company owned by Andy Serkis and Jonathan Cavendish, with Ward acting as executive producer and possibly participating in the script. The panel was a great opportunity to get to talk about Ward’s career and influences, how she is part of a long standing tradition of female British horror writers and how her books and career may help and serve as reference to young girls who are aspiring authors. 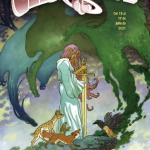 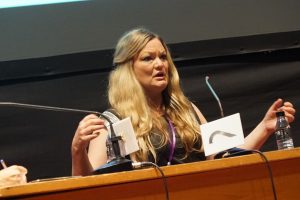