Wom@rts partner Factoría Cultural de Avilés is hosting a two-day workshop by the well-know ceramists María Bofill and Mandola, in the contexts of the XXXV Anniversary of the Municipal School of Ceramics of Avilés.
The workshop is intended to artists whose come from different artistic techniques who were interested in discover the possibilities of the pottery and apply it in their artistic practice.

MADOLA, Mª Àngels Domingo Laplana (born in Barcelona, Spain in 1944)
Studying ceramics at the Escola Massana in Barcelona and obtaining the Degree on Sculpture and the Doctorate courses on urban space in the College in Barcelona.
Individual and collectives since 1996 in differtents places in Spain ( Barcelona, Madrid, Valencia, Las Canaries, Seville, Pamplona, Gijón, etc…) in foreign countries ( France, Belgium, Swiss, Germany, United Kingdom, Italy, Portugal, Hungry, Eslovenia, USA, Japan, Korea, Mexico, Chine and Taiwan ).
She obtains several awards. She is member of the International Ceramics Academy with head quarters in Geneva and of the Work – Graft Council in theUNESCO in Paris,she is academic of number of the Royal Academy of Sciences and Arts of Barcelona.
She is invited to differents public and private institutions to do seminars and lectures about the ceramics of great format, especially for public spaces.
She has works in different collections as well as in National and International Museums.
She is granted by Generalitat de Catalunya to make different studies on materials with sculptures intentions and their integration in the public space.
Since 1988 she is been working on art works of great format for a urban space in Barcelona ( Plaça de la Font Castellana 1992 ) in Manchester
( Catalan Square 1995) in El Morell Tarragona ( La mà com a eina 1999) ín the National road nº 340 Cervelló ( Art i Natura 2004), in the Icheon Park , Corea ( Memory Catalonia- Korea 2005), in the road to Premià de Dalt (Rotonda Blave 2007) ,in the Museo de las Artes Decorativas de Barcelona ( Organic 2013) ,and an installation of 40 works, a tribute to Salvador Espriu at the Cementerio de Arenys de Mar “Give shape to the word” in 2013, and has placed art works in a private and public space within Catalonia and foreign countries. Simultaneously to her ceramics art works. She works on paper and pictures since 1980.
https://www.madola.com/en/ 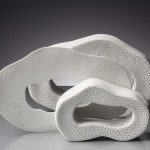 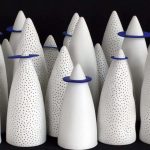 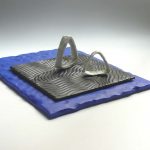 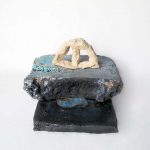 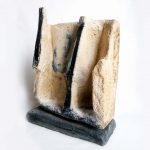 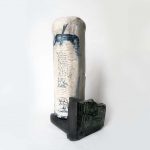 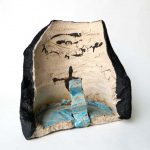 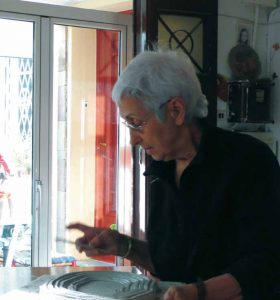 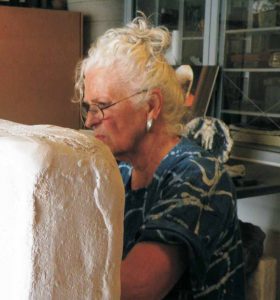