Organiser: Wift Finland in the frame of Tampere Film Festival 2020

Director and Wom@rts Ambassador Miia Tervo hosted a Wom@rts Masterclass in which she shared her path as a filmmaker and talked about her passion and inspiration for filmmaking. Tervo wants to use her voice freely and share many different stories by and about women to reach a better understanding and point of reference. In her own work Tervo wants to increase gender equality and diversity and bring more women in front and behind the camera.

The internationally awarded director Miia Tervo was born and grew up in the Finnish Lapland. Her short films The Seal (2006), The Little Snow Animal (2009), Santra and the Talking Trees (2013) as well as Clumsy Little Acts of Tenderness (2015) circulated around the world at festivals such as IDFA. The Little Snow Animal was also nominated for the European Film Award, among other prices. Tervo‘s debut fiction feature film Aurora (2019) has been a critical success. It premiered as an opening film at Gothenburg Film Festival in January 2019 and is currently touring internationally. Aurora was also nominated for the Nordic Council Film Prize in 2019.

After the Masterclass there was  a Miia Tervo’s retrospective short film screening which started at 18 on Saturday 7 March in cinema Finnkino Plevna 4. After the screening, there was a Q&A with the director.
At the festival there was also a screening of Force of Habit Anthology Series, in which one of the shortfilms is directed by Miia Tervo. This screening was on Friday 6 March. 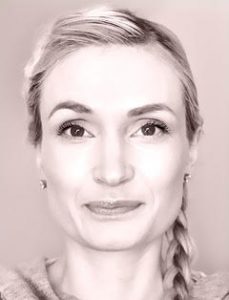