Radojka Šverko was born on April 9, 1948 in Pazin. She spent her childhood in Buzet where she attended elementary school and was a member and soloist in the singingchoir,as well as in thetamburitzachoir. During the 1960s, she performed in amateur singing competitions throughout former Yugoslavia. Her first professional performance was in 1967 on the island of St. Catherine near Rovinj. She began her international careerin 1969, at the Festival del Atlantico (Tenerife, Canary Islands), where she performed the song “Nuestro mundo” by composer Alfi Kabiljoand won third place.A year later, at the singing festival in Rio de Janeiro, she performedthe song„Svijet je moj“ (“The World is Mine”) by AlfiKabiljo, and wonsecond place.At the same festival, she received The Most Outstanding Performance award, which was established in the honor of Janis Joplin,who had passed away earlier that year. Since then, she has performed and won awards at many similar festivals all over the world –in Tokyo, Los Angeles, Madrid, Seoul, Athens, Puerto Rico, Caracas, Curacao, Bratislava, Florence etc.In 1969, she signed an exclusive contract for the Spanish record label Belter. Also, she was aTVhost on TelevisiónEspañola(Spanish national television) where her guests were many famous artists, including Julio Iglesias. Radojka caught the attention of the Croatian audience in 1970,when she performed the song “Kud plovi ovaj brod” (“Where Is This Boat Sailing“) by Esad Arnautalić and Arsen Dedić at the Split Festival. This song became one of her biggest hits. In addition to numerous international festivals, Radojka Šverko also participated in other festivals in Croatia and the neighboring countries. She has collaborated with numerous composers, songwriters and arrangers, and performed with many acclaimed fellow artists, often using her own popularity to present up-and-coming artists. Since the beginning of her professional career, she has been working with many national and international orchestras, including symphonic and philharmonic orchestras.
She has also performed in several musicalsand rock operas: one of the first rock operas in the world “Gubec-beg” (as Jana), “TheWitch of Grič” (as Nera), “Caroline of Rijeka” (as Karolina), “Mirakul” (as Mara)and the Croatian production of “Les Miserables” (as Fantine), which was the first international production of this musical after the original one in Paris. Radojka also acted in the film “Bravo maestro”by Rajko Grlić, which played at the Cannes Film Festival in 1978. Radojka Šverko’s repertoire is extremely diverse. It includes Croatian and international songs, and various genres: chanson, pop-rock, jazz, movie songsand musical. She has also performed classical and sacral music and gospel in churches all over Croatia, as well as inchurches in Vienna, Heidelberg, Nuremberg, Malmö, Stockholm, Trieste and Rome.She is the recipient of numerous awards. Among them are five Porin music awards, including the Lifetime Achievement Award. She is the only musician who won the award in regular competition and the Lifetime Achievement Award in the same year. In 1995, the Republic of Croatia presented her with the Order of Danica Hrvatska for special merits in the field of culture. She celebrated her 50 years on stage in 2017 by performing with the Croatian Philharmonic orchestra and the Ivan Goran Kovačić Academic Choir in the Vatroslav Lisinski Music Hall in Zagreb 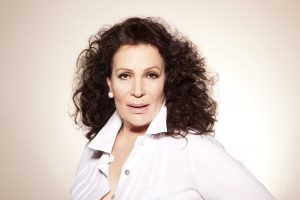