First cycle of events in UGM

MEET THE MASTERS: FIRST CYCLE OF EVENTS IN UGM
lectures, workshops and a performance
UGM, Maribor Art Gallery, Slovenia
8 May, 23-25 May, 30 May and 16 June 2018

Partner of the Wom@rts project Maribor Art Gallery has organized 4 events in the frame of the first cycle of Meet the Masters, with the goal to point at some crucial areas in the arts and culture which lack representation of women: philosophy, visual arts, dramaturgy and live performance. Bedsides lecture and a performance UGM hosted also a 3-day edit-a-ton aiming at adding or editing information about Slovene women artists on the Wikipedia and consequently on the internet.

Lecture by Maja Smrekar, intermedia artist and Simona Semenič, playwright
8 May 2018, 18:00
UGM invited the two artists to do the lecture in order to touch the theme of a female artist in the preliminary male art world, and to reflect upon reactions to their artistic work which may have been the result of a misogynistic view of creativity.

Maja Smrekar (1978) has been working in the field of intermedia art for a decade. She received many international prizes such as: 1st prize in Cynetart at the European Centre for the Arts Hellerau (Dresden / Germany), an honorary mention at the Ars Electronica Hybrid Art Festival (Linz, Austria) and the Golden Bird Award for visual visual art, Prix Ars Electronica 2017 (Linz, Austria) and the Prešeren Fund Award (Ljubljana, Slovenia) for her achievements in the field of intermedia art.

Simona Semenič (1975) is a Slovenian playwright and performer. She completed her dramaturgy studies at the Academy for Theatre, Radio, Film and Television (AGRFT) in Ljubljana. Simona is a recipient of the Prešern Fund Award and a three-time winner of the Grum Prize, the highest national award to be bestowed on a playwright in her native Slovenia. 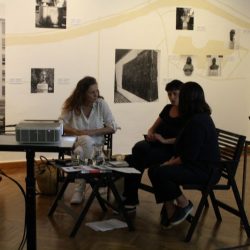 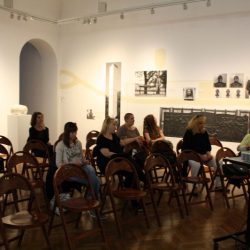 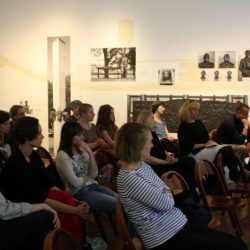 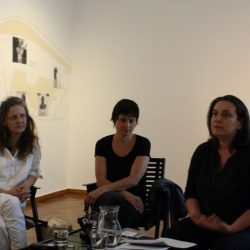 On Slovenian Wikipedia the ratio of biographical entries on men and women is 91,81 : 8,19 which puts it in the tail end of the rankings. As an institution UGM cares for popularisation and dissemination of modern and contemporary art and stand for equal rights of women. Therefore they organized a three-day workshop Wikipedia Edit-a-thon where participants were able to learn how to add new content to Wikipedia and how to edit existing articles.

Ana Čigon (1982) is an artist from Slovenia that mainly works in video, film and performance. Beside the production of documentary films she is also a video artist for theatre and an active contemporary visual artist. She presents her works in solo and group exhibitions in Slovenia and internationally and received awards and nominations for her video works.

Míran Hladnik (1954) is a Slovenian literary historian, specializing in quantitative analysis of Slovene rural stories and in Slovene historical novel. Hladnik has also adopted the web as his publishing platform and has been publishing his academic and teaching material under the Creative Commons license on Wikisource and Wikiversity, while encouraging his students and his colleagues to do so themselves too through various Wikiprojects. 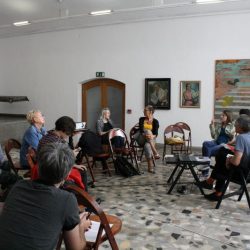 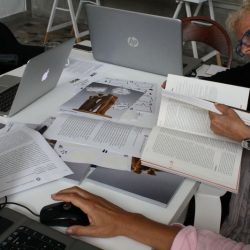 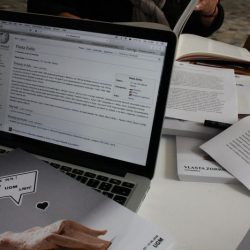 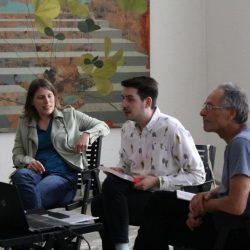 Beauvoir for Everyone and No-one
lecture by Eva D. Bahovec, Professor of Philosophy at the University of Ljubljana
Thursday, 31 May 2018, 18:00
UGM started the cycle with a lecture of a nationally renowned philosopher Eva D. Bahovec to do the lecture about Simone de Beauvoir’s book Second Sex. Bahovec not only advocates women rights she also wrote an introduction to Beauvoir’s book in the Slovene language.

Eva Dollar Bahovec (1951) is a Professor at the Department of Philosophy, Faculty of Arts, University of Ljubljana, where she teaches Introduction to Psychoanalysis, Structuralism and Psychoanalysis, as well as Women’s studies. Besides Slavoj Žižek, Rastko Močnik, Mladen Dolar and Alenka Zupančič, she is one of the foremost members of the Ljubljana Lacan School of thought in theoretical Psychoanalysis. 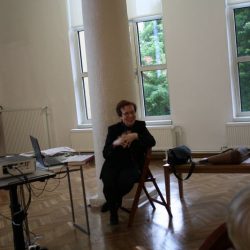 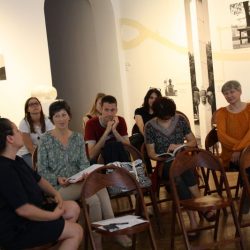 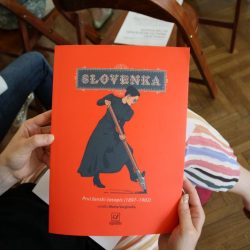 КУКЛА / KUKLA
multimedia performance
16 June 2018
On the Summer Muaseum Night  – event that attracts more than 1000 vistiors in one night – UGM organized a multimedia performance КУКЛА, reaching out to younger generation of women through their rolemodel. The performance is combined of a vocal expression, sound producing and  live VJ act.

КУКЛА is a self-proclaimed Slavic gangsta geisha pop artist. Singing mostly about weapons and love, КУКЛА is constantly fighting battles within herself and with the outer world. Her pop sound captures the current gender non conforming youth of the West, while still maintaining a special Slavic introspection and fatalism. There’s a clear stylistic resemblance to Milosevic era Serbian female singers and a nod to R&B goddesses of the Bush era America. On the stage she lets her guards down, enriches her distinctive sound with dazzling visuals and puts her heart on the plate.
https://www.facebook.com/kuklakesherovich/ 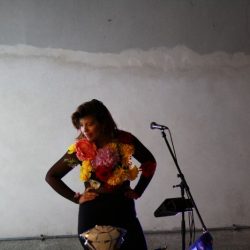 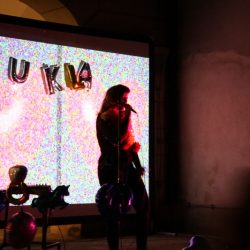 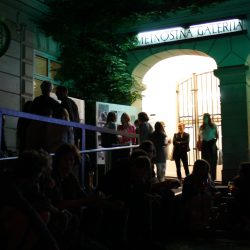