Lauren Bastide used to be editor in chief of French Elle magazine and co-hosted one of France’s classic access prime-time television talk-shows on Canal+. Last year, she founded « Nouvelles Ecoutes » (literally: « New Ways to Listen »), a podcast production company. Bastide personally hosts one of their podcast, called « La Poudre » (The Powder), in which she interviews successful women for them to tell us about their lives and ideas about society. In the past few years, Bastide has become one of the most prominent feminist figure in France, reaching several hundred thousand people through her podcast and social networks. She is a regular guest of most French media, where she raises the general public awareness of feminist issues while asking political powers to act on it.

Lauren Bastide was invited to be Ambassador by Wom@rts partner Hay Festival of Literature and the Arts Ltd., Hay-on-Wye, Great Britain. 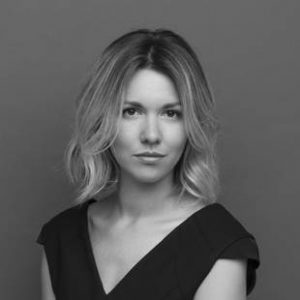 My job is to share with the world different stories of women, who are activists, politicians, artists...