Isabel Coixet started filming when she was given a 8mm camera on the occasion of her First Communion. After obtaining a BA degree in History at Barcelona University, where she majored in Eighteenth and Nineteenth Century History, she worked in advertising and spot writing. She won several accolades for her spots, and finally founded her own production company in 2000, Miss Wasabi Films. In 1988, Coixet made her debut as a scriptwriter and director in Demasiado Viejo Para Morir Joven (“Too Old to Die Young”). For this movie, she was nominated at the Goya Awards as a Best New Director.
International success came with the intimate drama My life without me (Mi vida sin mi, 2003), based on Nancy Kincaid’s short story. This movie was the recipient of four Goya Awards: Best Film, Best Director, Best Production and Best Screenplay. In 2005, Coixet joined eighteen other great international filmmakers, among them Gus Van Sant, Walter Salles and Joel and Ethan Cohen, to make the groundbreaking collective project “Paris, je t’aime”,in which each director explored a different Paris quarter. From then on she produced many internationally renowned and awarded films, with stars such as: Juliette Binoche, Rinko Kikuchi and Gabriel Byrne.

Her latest project was movie The Bookshop which was released in 2017 and based on a novel by Penelope Fitzgerald, starring Emily Mortimer, Patricia Clarkson and Bill Nighy. This feature film won the Best Picture, Directing and Best Adapted Screenplay awards at 32nd edition of Goya Awards. 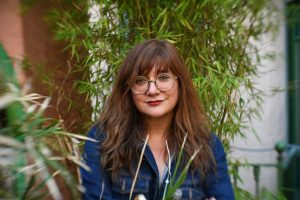 I'm comfortable with the word 'feminist' because half the world isn't getting what it deserves. Women blame themselves for everything that is wrong, and men never do that. We have to stop blaming ourselves for what we don't have and start asking for what we deserve - whether it's more money or more work or whatever.