Eva Dolar Bahovec (1951) is a Professor at the Department of Philosophy, Faculty of Arts, University of Ljubljana, where she teaches Introduction to Psychoanalysis, Structuralism and Psychoanalysis, as well as Women’s studies. Besides Slavoj Žižek, Rastko Močnik, Mladen Dolar and Alenka Zupančič, she is one of the foremost members of the Ljubljana Lacan School of thought in theoretical Psychoanalysis.

Eva D. Bahovec wrote an introduction to the translation of the book, The Second Sex fom Simone de Beauvoir in slovene language. From then on she has been the ambassador of the book upon which she made many lectures. One of them is called Beauvoir for Everyone and No-one where she tales about how Simone de Beauvoir introduced a new concept to philosophy, one that is of key importance for understanding our time. This is the concept of the woman, who is defined according to the man and in an ever inferior position to him. As far back as the eye can reach, Beauvoir writes, women – unlike Jews or proletarians as historically created categories – have always existed and have always been dominated, something neither biological facts nor psychoanalysis or historical materialism can explain. In the context of these impossibilities, the lecture focuses on the current position of women in the arts, stemming from the rhetorical question by Linda Nochlin: Why Have There Been No Great Women Artists? and from the feminist actualization of Kant’s and Foucault’s answer to questions What is enlightenment? and What is the criticism? in connection with the baseline statement of Simone de Beauvoir: I am a woman. 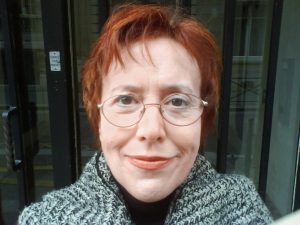 It is going to get better from now on.