Wom@rts partner Wift Finland organised few film screenings at Tampere Film Festival in March 2019. Special guest was Nicole Fernandez Ferrer from Centre Audiovisuel Simone de Beauvoir who was also a member of the international jury and also presenting the films at the beginning of each screening. 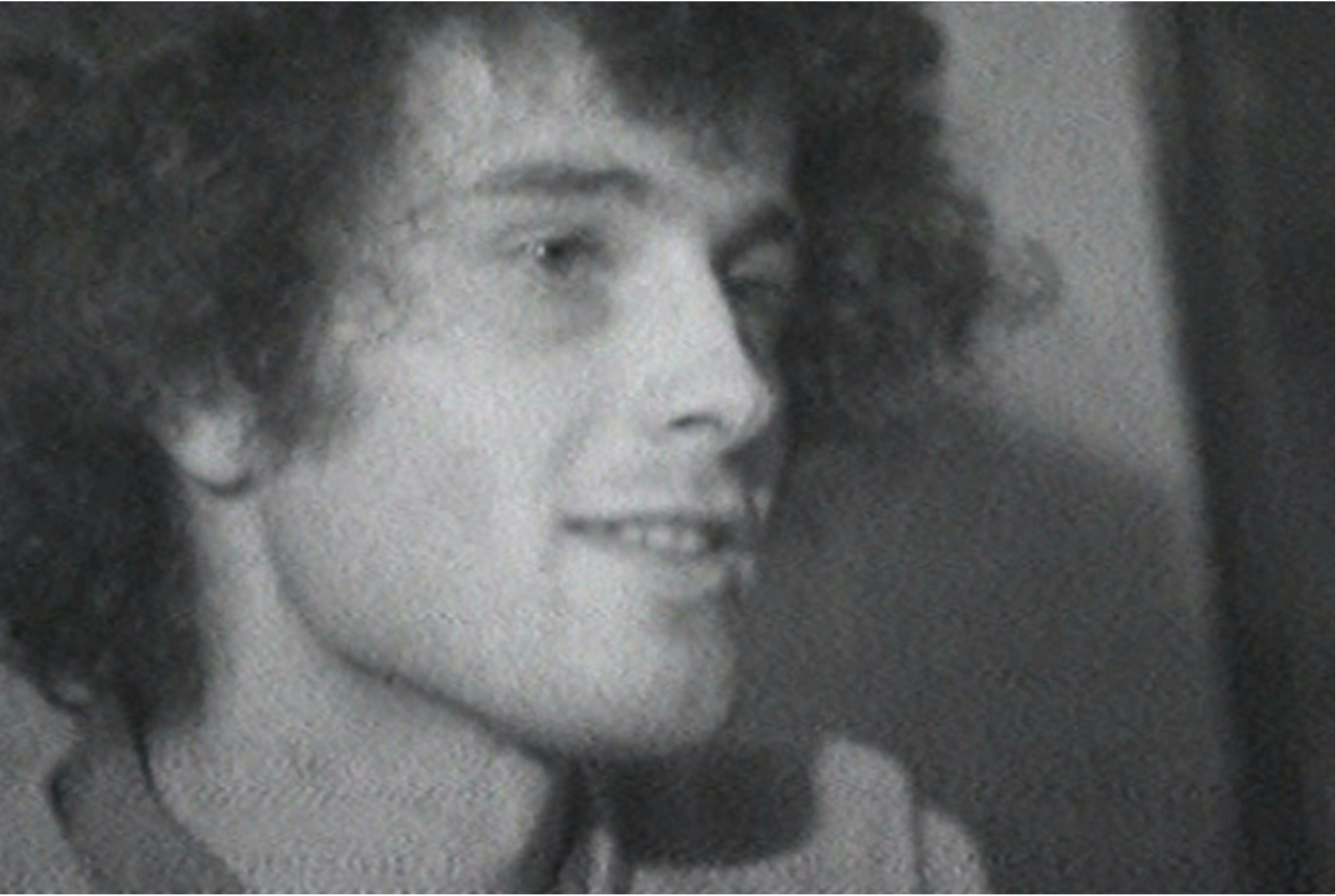 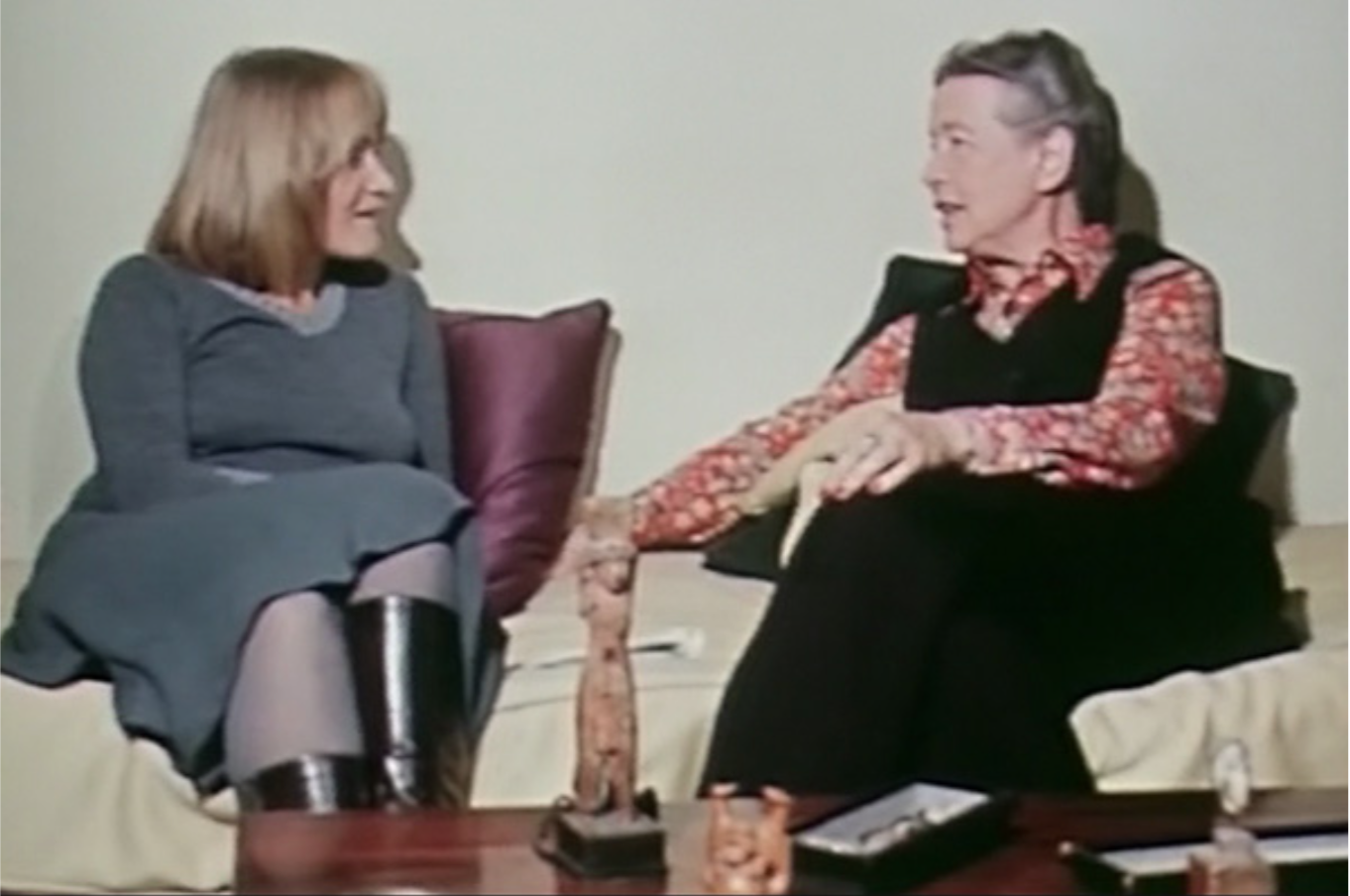 May ’68 marked a watershed in cinematographic practice, with artists aiming to film the real and to join in the social and political movements of the time. In this context of militant effervescence, filmmakers in the late 1960s made use of the new resources of video and, armed with the first Portapak cameras, continued the struggle of their feminist predecessors, creating their own representations. All over France, non-institutionalized video collectives, fluctuating and fertile, sprang up. Among them were Insoumuses, Le Lézard du péril mauve, Video Out, les Muses s’amusent and Videa. The first feminist videos broke with traditional methods in regard to the handling of image and sound. Delphine Seyrig, Carole Roussopoulos, Ioana Wieder and the women of Videa made their unique contributions, full of caustic humour, political probing and feminist commitment. Today, other filmmakers continue the struggle, by creating. With Nicole Fernández (France) in conversation with Patricia del Río.

Nicole Fernández Ferrer is the General Manager of the Simone de Beauvoir Audiovisual Centre in Paris. Her work involves searching for and disseminating archives and research, and she organizes a programme of monthly feminism-related screenings at the Forum des Images and at the Luminor Hôtel de Ville cinema. As well as running school workshops and screenings and prison-based events, she also works as a Spanish-French translator.

The Cineuropa film festival of Santiago de Compostela joined Wom@rt project by hosting special screening sessions of renowned films by leading feminist filmmakers, organized by one of the project partners, the Auditorio de Galicia. Thanks to Wom@rts, the audience wre able enjoy a great selection of  films from the catalogue of Centre Simone de Beavoir from Saturday 24th to Sunday 25th of November. 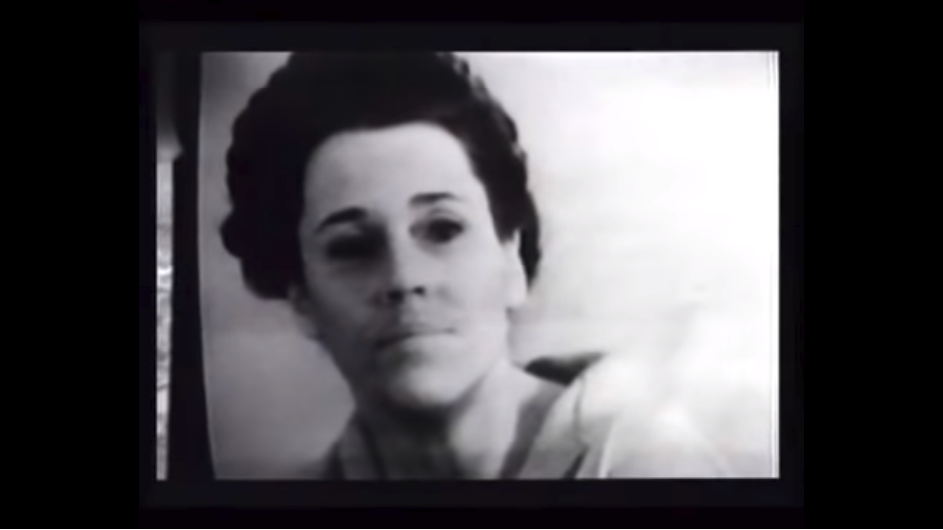 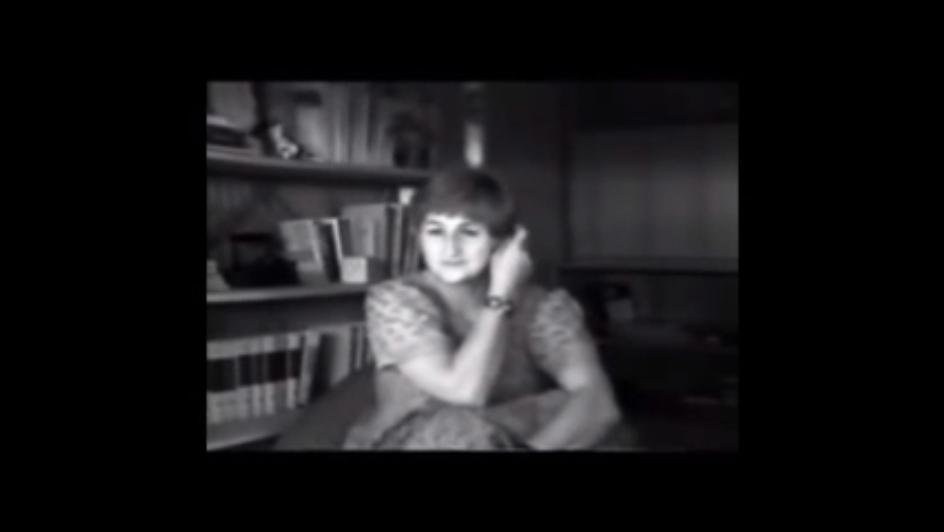 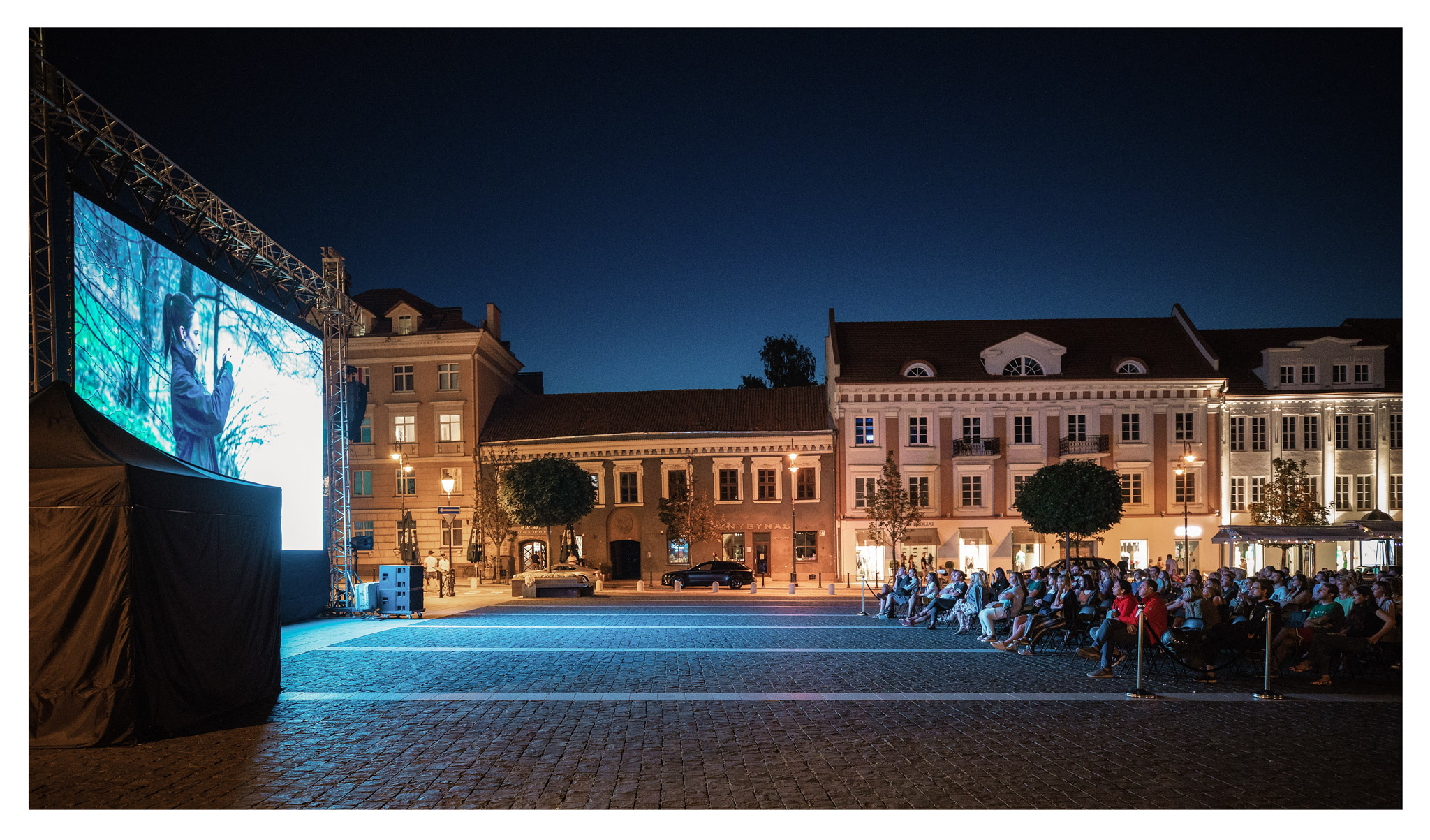 In the era of the digital revolution and the proliferation of images that it entails, documentary filmmaker Helen Doyle questions the place and above all, the role of photography in our perception of the world. She travels the world to collect the testimonies of ten renowned photographers and photojournalists, such as Bertrand Carrière in Dieppe, Stanley Greene in Paris, Geert van Kesteren in Amsterdam and Letizia Battaglia in Palermo. In the end, the question that remains unanswered is the following: don’t these “image reporters” sacrifice themselves to transmit their vision of the world? 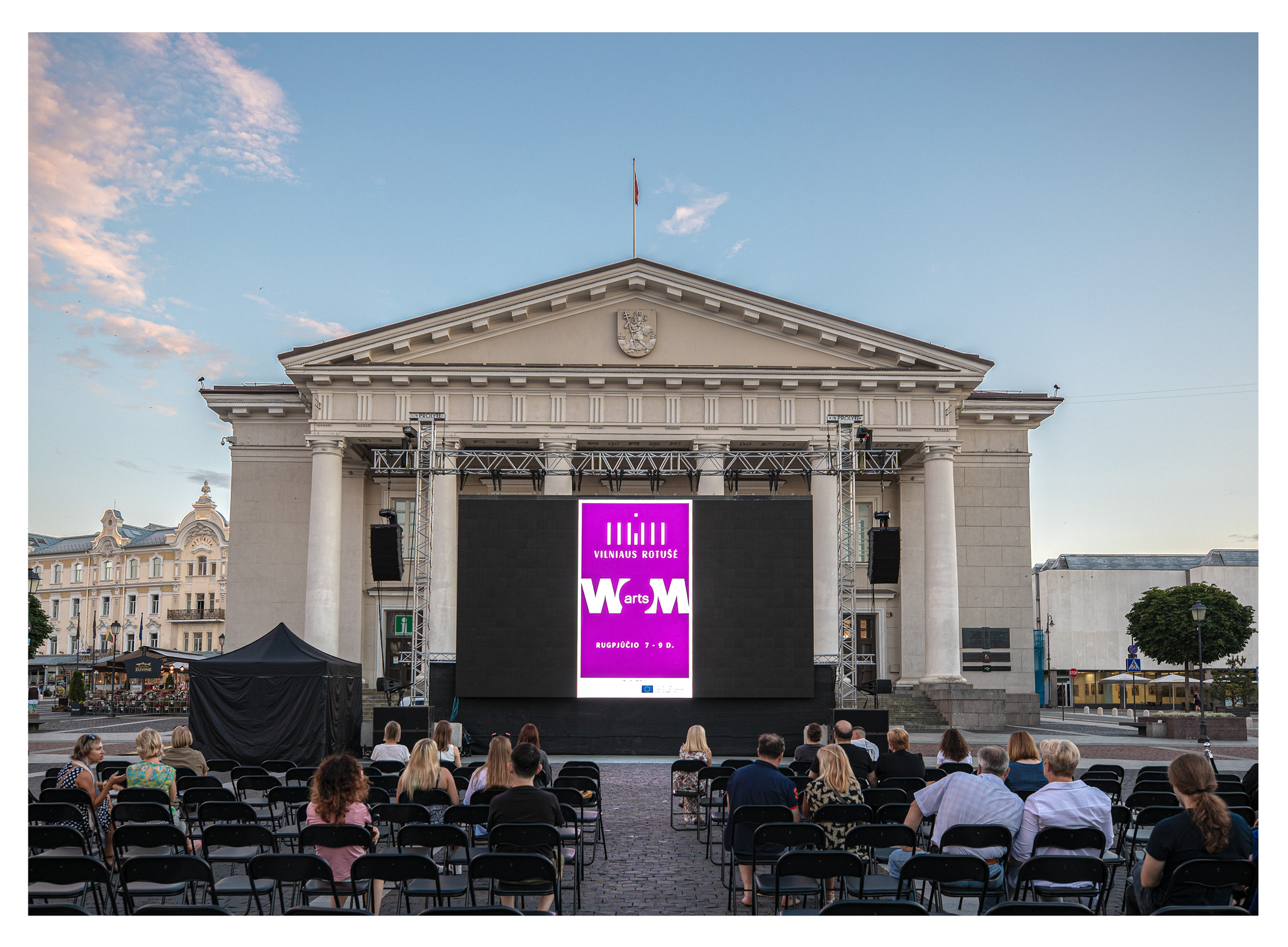 When it comes to women pioneers of modern choreography, most are familiar with Isadora Duncan. The American-born dancer, who embodied Greek ideals and a bohemian lifestyle, was memorably portrayed by an Oscar-nominated Vanessa Redgrave in the 1968 biopic, “Isadora.” She would die in 1927 after one of her signature scarves caught in the wheel spokes of an open-air car and caused her to be ejected. That tragic variation of being hung by one’s own petard helped to solidify her status as a terpsichorean legend. 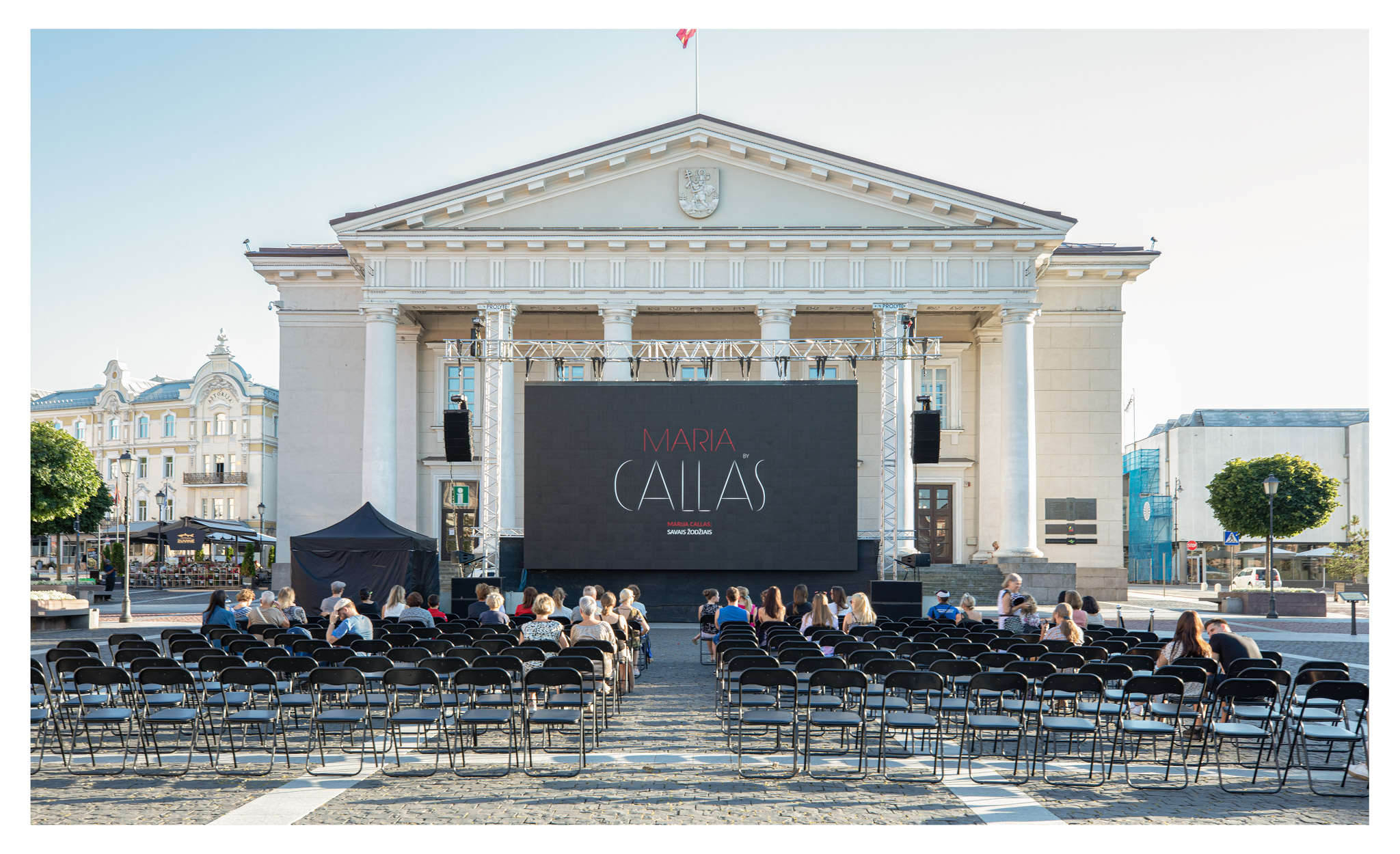 The film depicts the life and work of opera singer Maria Callas in her own words by using her interviews, letters, and performances to tell her story. Told through performances, TV interviews, home movies, family photographs, private letters and unpublished memoirs—nearly all of which have never been shown to the public—the film reveals the essence of an extraordinary woman who rose from humble beginnings in New York City to become a glamorous international superstar and one of the greatest artists of all time. Her letters and unpublished memoirs are read by opera singer Joyce DiDonato. 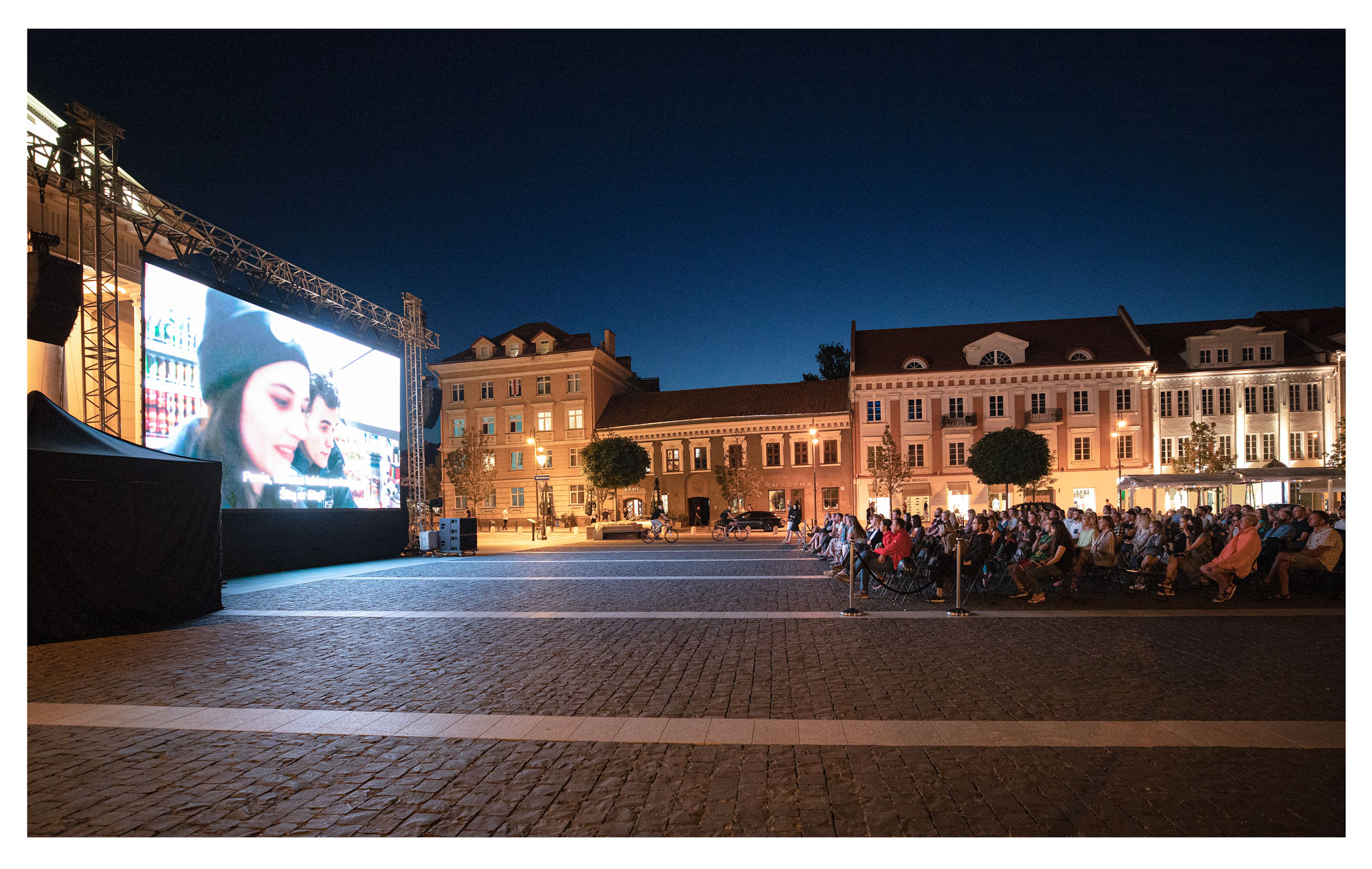 Proxima is a 2019 French drama film, directed by Alice Winocour.

The film stars Eva Green as Sarah, a woman trying to balance her work as an astronaut preparing for a year-long stint on the International Space Station with her family life as mother to an eight-year-old daughter Stella (Zélie Boulant). It also stars Lars Eidinger as Thomas, her ex-husband and Stella’s father; Matt Dillon as Mike, her colleague, who is dismissive of her abilities as an astronaut; and Sandra Hüller as Wendy, a psychologist helping to guide Sarah and Stella through the complexities of the situation. 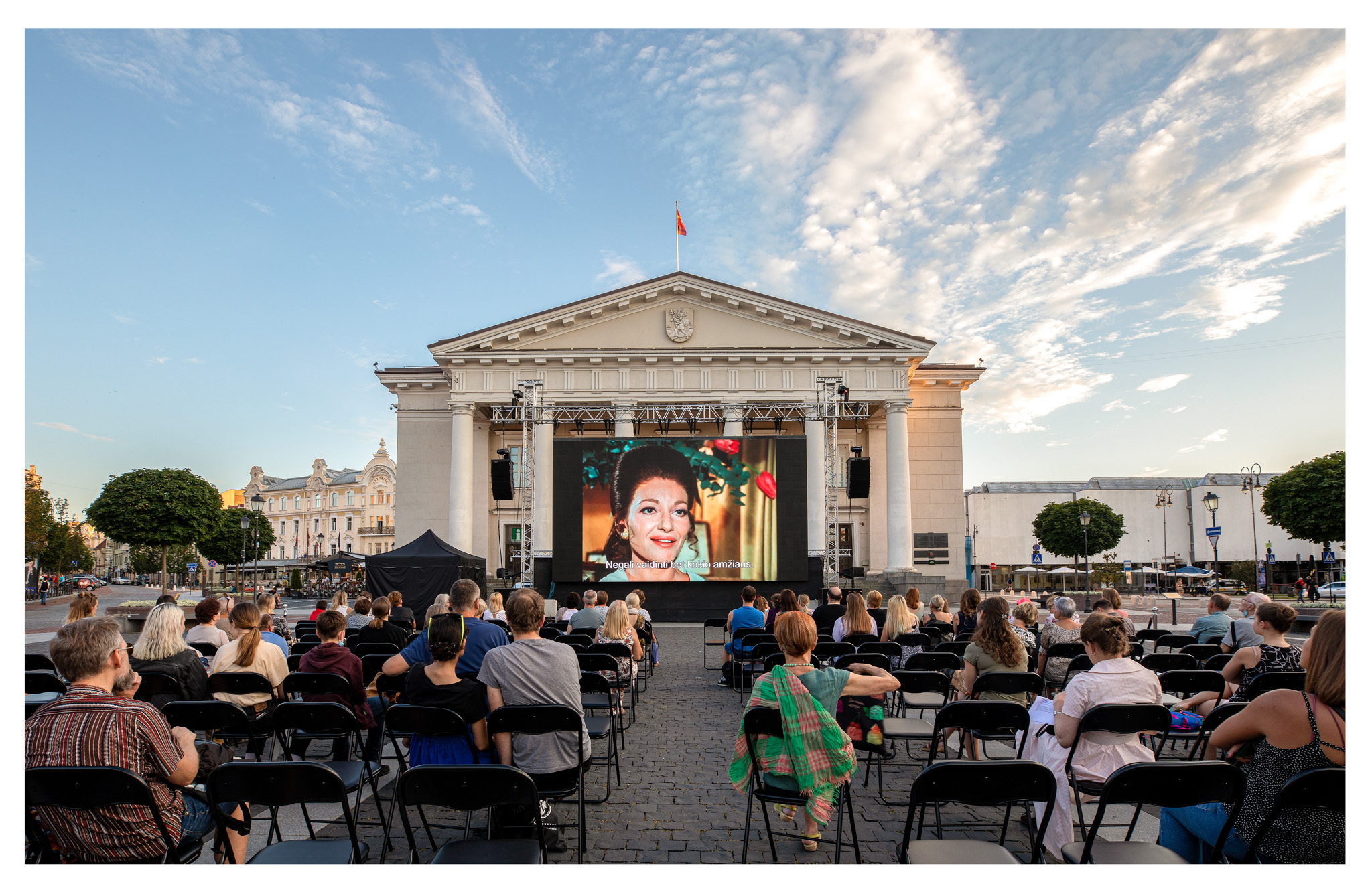 The intertwined trajectories of three Cuban women, coming from the same family: Gloria, 93 years old, anchored in Havana, her daughter Glorita, 64 years old, settled in Louisiana and Yilian, 38 years old, settled in Switzerland. The film is built around Yilian Cañizares, her destiny as a little girl passionate about violin, whose life changes after obtaining two scholarships that lead her to Venezuela as a teenager, then to Switzerland as an adult, causing painful family separations, but nourishing an urgent need for professional progress. 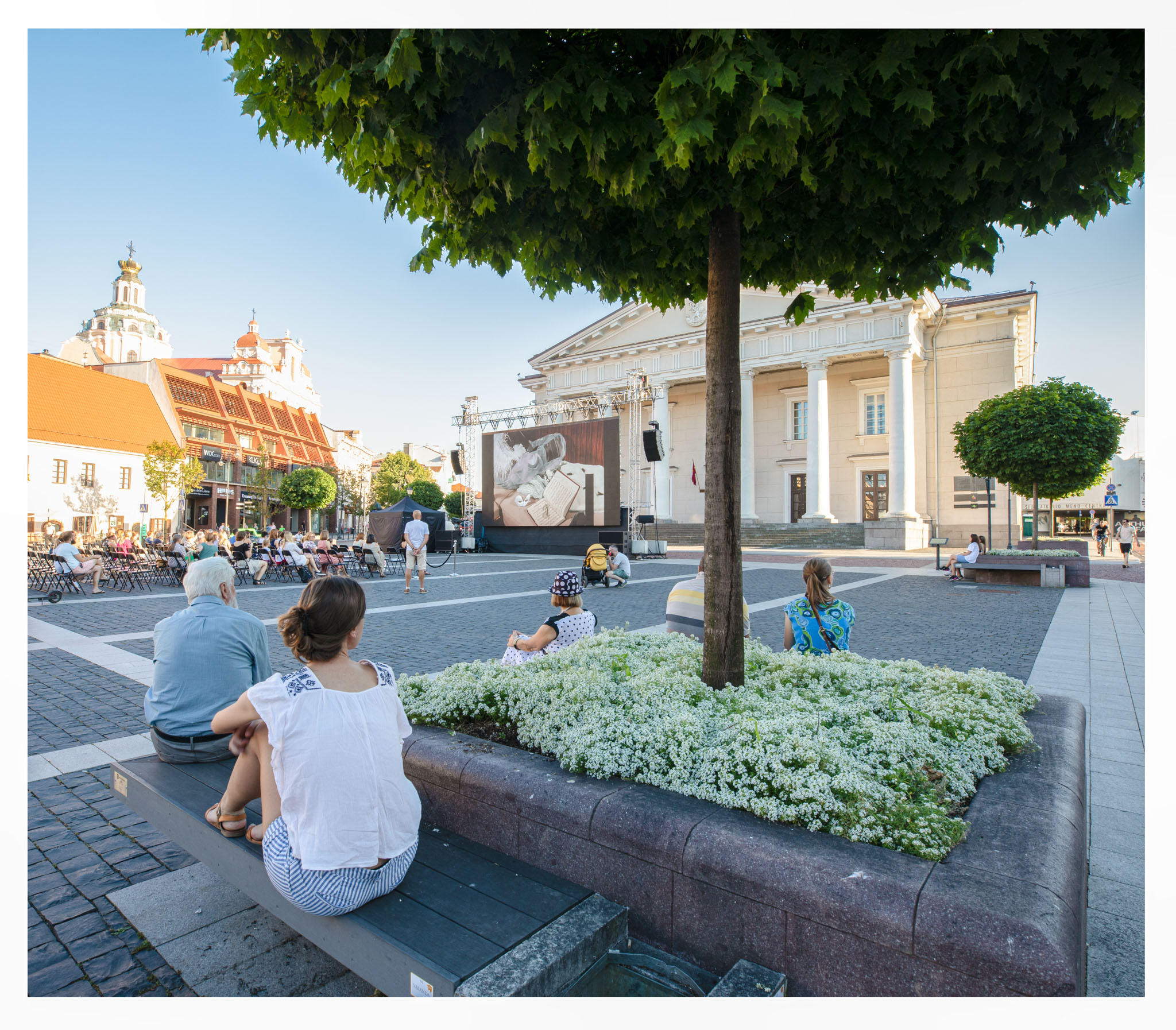 Vienna, 1777. Maria Theresia (“Resi”) Paradis, 18 years old, is blind, and a pianist of remarkable talent. Resi lost her eyesight literally overnight when she was three. After countless failed medical experiments, her overprotective parents seek out a controversial “miracle doctor,” Franz Anton Mesmer, as their last hope for a cure. For Dr. Mesmer, the chance to successfully treat the young girl could lead to fame and fortune. Resi moves into the estate of the doctor and his wife, where in the company of other patients she tastes personal freedom for the first time. And Mesmer’s treatments seem to have almost immediate.

on 8 March 2021 Factoría Cultural Avilés stared a line of  Screening Sessions, of films from the Centre Audiovisuel Simone de Beauvoir archive. Due to the pandemic circumstances, they have prepared a virtual format. Each films is available for just 24 hours in the Factoria Cultural youtube channel.
The first projection is La Isla de Chelo: 03/08
The second projection is Un trozo de Azul: 03/26
The third projection is SCUM Manifesto: 04/09
The fourth projection is Les branleurs de la Havane: 04/17
The last projection is profession: agricultrice – 05/07
All of them will start at 8 pm CET time with a recorded-little chat with a different remarkable woman for each session, who will express her thoughts about the documentary or film. After the movie, we will close each session with a little reflexion on what we just showed. 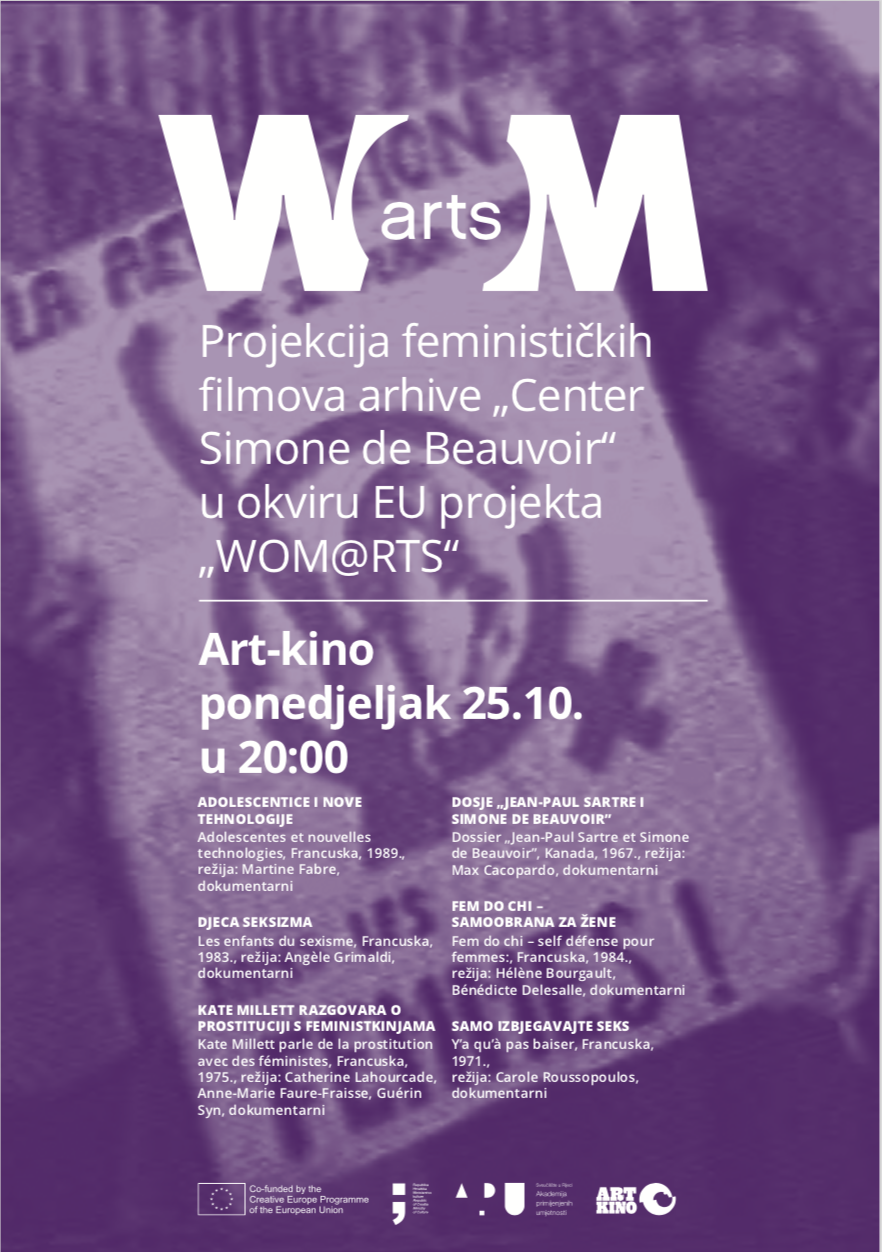 Rijeka’s Art Cinema audience was offered a unique opportunity to peek into the rich film archive of the Simone de Beauvoir Center (Paris, France) on October 25, with a screening of feminist films. The selection of short films was just a cross-section of the archive that represents women in extremely different and yet typical, unenviable life circumstances and social aspects. First of all, there was a documentary dedicated to the author of the anthology, The Second Sex, Simone de Beauvoir, from the director Michel Brault. Then films showing the strike of prostitutes, the illegal abortion period in France that lasted until 1971, a documentary about women’s personal choice of birth control, a film about sexist upbringing of children, a film about women doing valued jobs (engineers, software designers, meteorologists) and a film about a course in women’s self-defense in the eighties.

An astonishing array of short films took the audience through questioning the status of women in today’s society, whose question is refracted and repeated not only for decades, but over a longer period of time.