Christina’s  latest  feature  fiction  film The  Idealist was  screened  after  the  masterclass  to  showcase  her  work  as a  director. The  Idealist won  Rosendahl  the  Best  Director  Award  at  Beijing  Film  Festival  in  2016  and  was a nominee  for  the  best  Danish  film  at  the  Bodil  awards  in  2016. Christina’s  motivation  for  her  work  can  be  described  by  the  pressure  to  create  engaging  and  disturbings  films about  topical  issues  in  the  Danish  society.  Her  latest  feature  documentary Violently  in  Love, premiered  in 2018,  shares  the  stories  of  women  behind  the  closed  doors  of  the  Copenhagen-based  women’s  shelter,  where both  the  women  and  children  are  slowly  recovering  and  rebuilding  their  lives  after  experiencing  domestic  and gender  violence.

Christina Rosendahl was invited to be Ambassador by Wom@rts partner WIFT Finland. 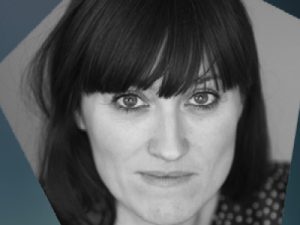 We need to put focus on female filmmakers in order to build role models.