Wom@rts partner Akademija Primijenih Umjetnosti Sveučilišta u Rijeci, Croatia hosted comic master Helena Klakočar. She presented her work: books “Foul Sea, Frost, Moisture, Salt and Other Comics” and talked about her achievements. Her works make part of  the Antology  of`Women’s Comic on the Balkans’, (Fiber edition, Zagreb), and other two Slovenian anthologies. She occasionally collaborates on various internet projects, among others at www.mojstrip.com. In 2016, she worked in Paris as an artist in residence on  scholarship organized by the City of Paris and the French Institute at the International Center Des Recollets. As the winner of the grant of the Ministry of Culture for Literary Creation, she is curently working on a graphic reportage of crew members A. Mohorovičić  who participated in the rescue of refugees in the Mediterranean as part of the Frontex Mission Triton.

Helena Klakočar (born 1958, Tuzla, BIH) graduated at the Academy of Fine Arts in Zagreb, Department of Graphics, in the class of Professor Albert Kinert, and later finished film animation and painting at Beeldende Kunst Academie in the Netherlands. She works as an author of graphic novels and video films, illustrator, poster author, art workshop manager. She has hosted the multimedia group Zzot and was artistic director of the Zagreb Film Gallery. She took part in numeorus group and solo exhibitions in her homecountry and abroad. Her comic books have been translated into French, Italian and Slovenian. In 2000 she was awarded the best book of foreign artist at the Comics Festival in Angouleme, France, for the graphic novel “Foul Sea”.
http://www.helenaklakocar.com/ 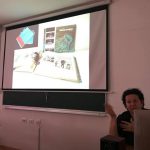 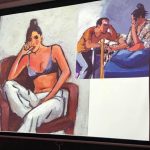 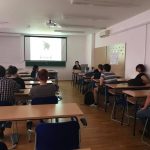 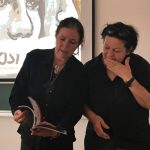 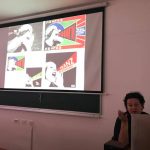 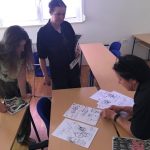