In November Wom@rts partner GrandAngoulême, from the world capital of comics and illustrations organized an event dedicated to women artists in the field of video animation. They broadcasted  animation films, organized meetings, round tables and debates with professionals of the Anim, in order to promote women’s creativity. There were:

More than 400 peaple vistied the event during this day.

16h – 18h30: session of student film selection, from the Art school of Angoulême + presentation of a work in progress of the « Patouille serie » with the 3 young women director.

21h – 22h30: Preview of “The Extraordinary Voyage of Marona” in the presence of Anca Damian 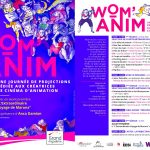 De-confine yourself online participant in a panel discussion on “Creative and cinema in a changing world”!

Monday, November 30 from 17h to 18h30, discover a range of creative and inspired their diverse and personal journeys.

Each in their own way, they were able to create, adapt and find their place in a world always in motion.

On the program, 3 Claires and 1 Catherine to discuss a world that is already that of today: – Claire Paoletti, Writer and producer – Chiara Malta, Author-director – Claire Cuinier, art-director / VFX (special effects) – – Catherine Estèves, Producer. Claire Fouquet, ambassador of the WomArts project lead this round table. 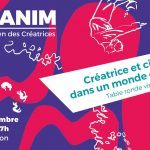