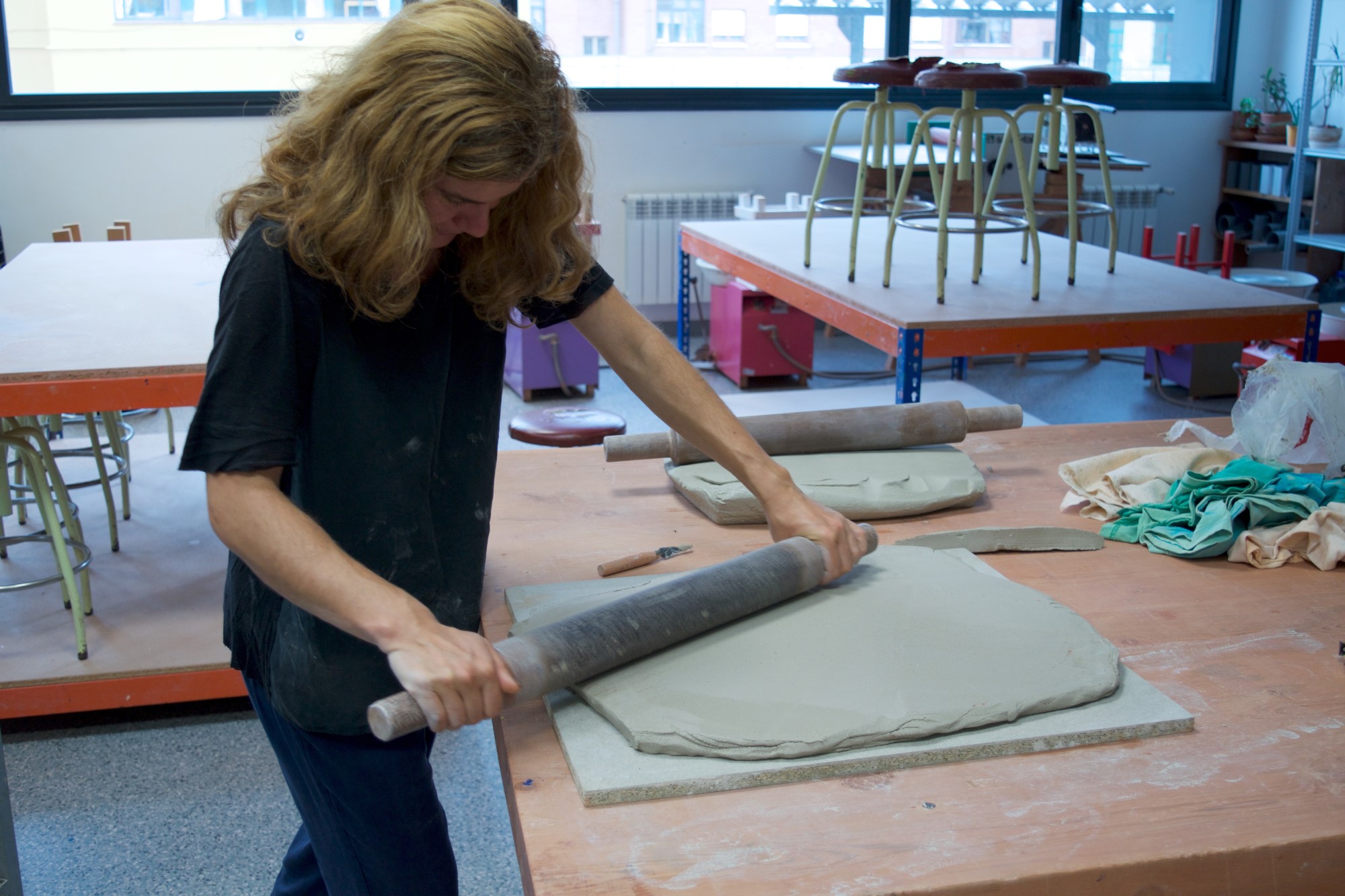 (b. 1977, Maribor, Slovenia). Her art practice includes video, sound, performance and V-Jaying. She takes part in international festivals and exhibitions, as well as artistic residencies and workshops. Pečar received numerous grants (Leonardo da Vinci- Grad-ex, 2010, Roberto Cimetta grant, 2010, Ariella Vidach Foundation grant, 2010-2011). She works in collectives (Trak 47, BBM, Byzantine Cadillac) and takes part in intermedia projects. Her works feature natural movs, especially water. She is interested in themes of time and changes it brings along. Sound in various forms is another important segment of her work.

Invited to the project by UGM l Umetnostna galerija Maribor 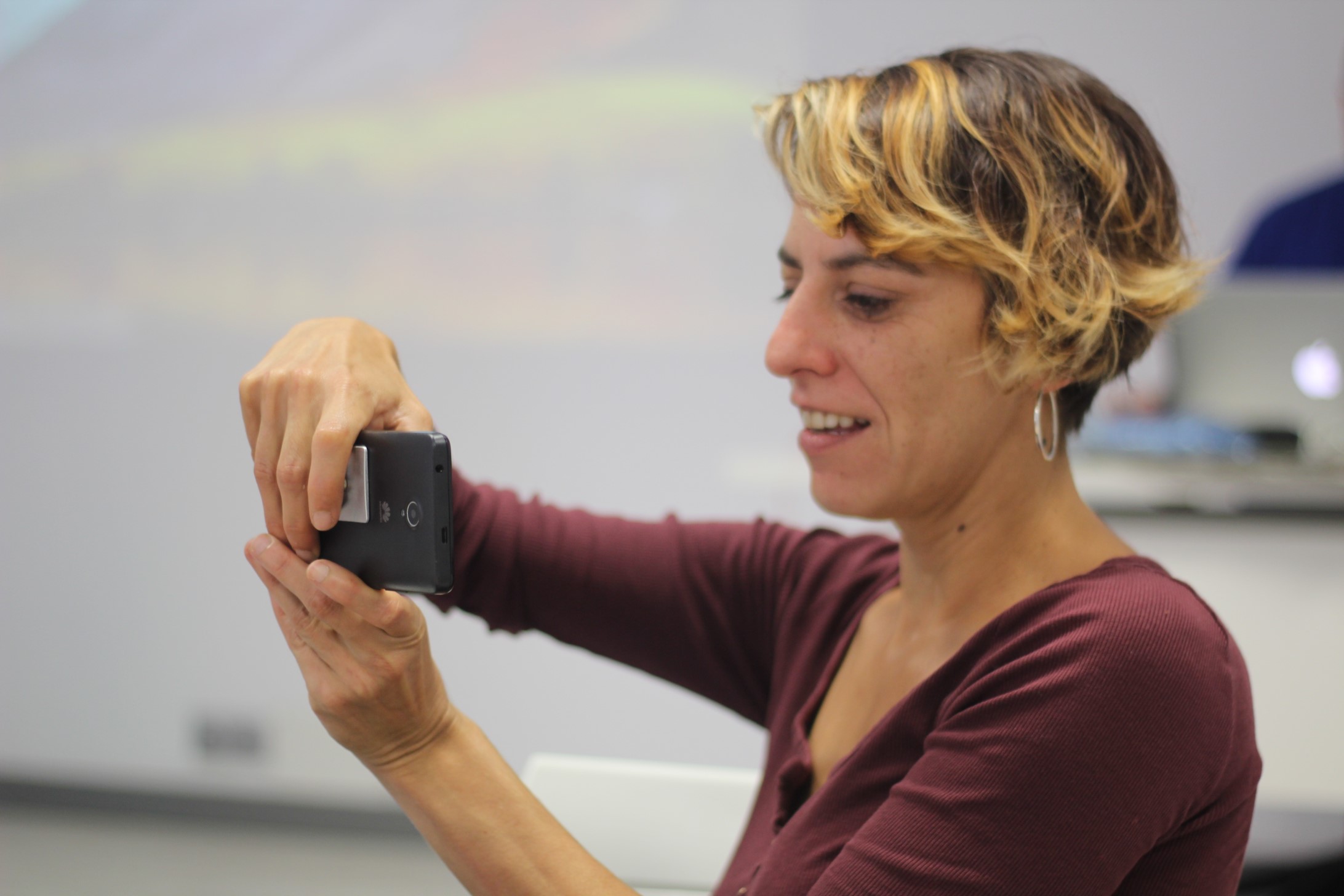 (b. 1976, Avilés, Asturias, Spain) holds a Bachelor of Fine Arts by the University of Castilla la Mancha and Spanish teaching certification (CAP). She works in video instalations, performance and also includes drawings. Alvarez exhibits (Metamap  03, 2015) and performs solo and takes part in group exhibitions, as well as works for theatre.

Invited to the project by Factoría Cultural 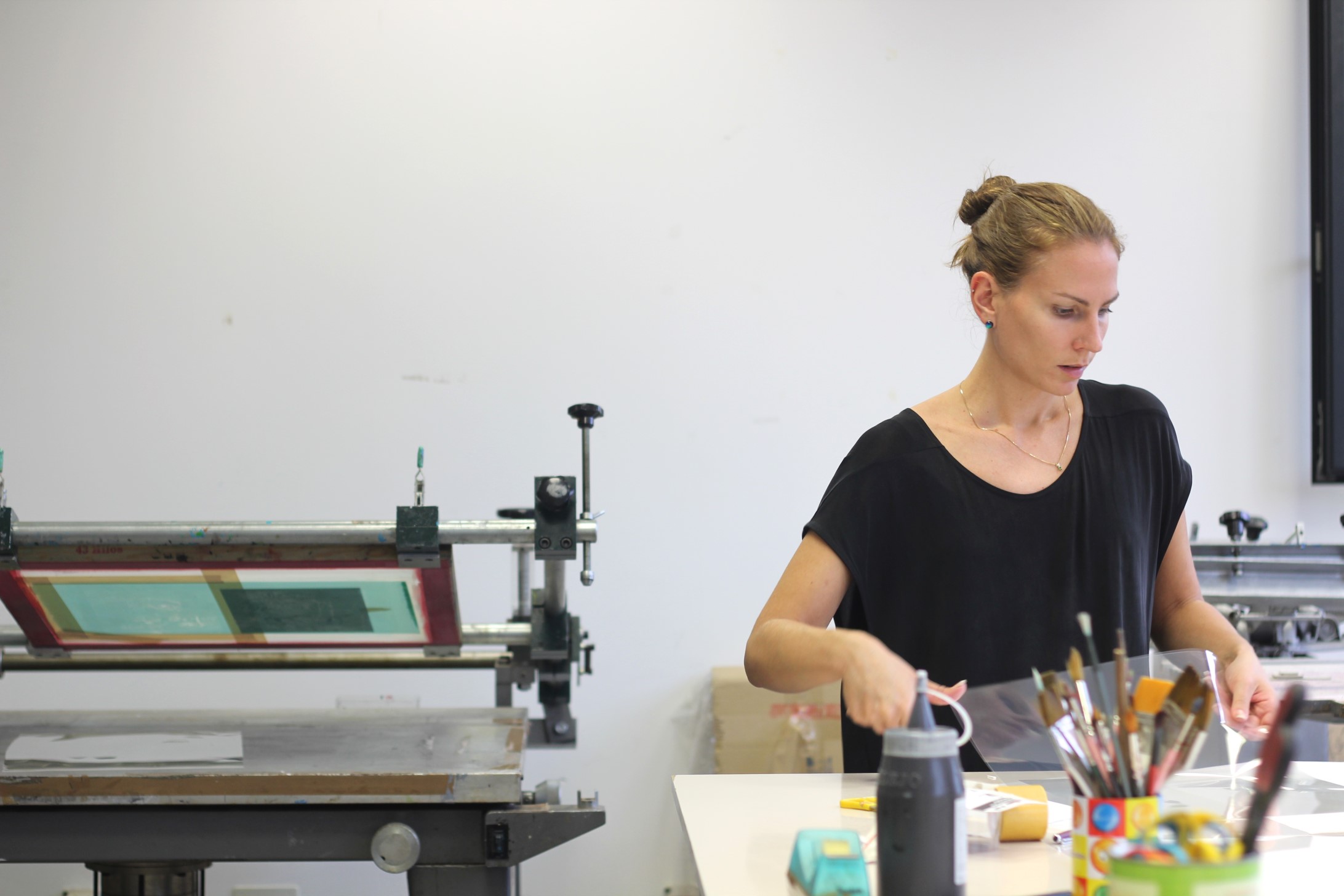 (b.1985, Trondheim, Norway) holds a MA in Photography from the Aalto University, Helsinki and a BA in Photography, Novia University of Applied Sciences, Nykarleby; she was also an exchange student in Beijing. She is an artist and photographer, interested in creating and managing artistic projects. Her skills lie in creative thinking and developing concepts, as she believes that the combination of individual  experience and competence can make wonderful results. She exhibited a lot, especially in Scandinavia (Caisa International Culture Center, Helsinki, 2017).

Invited to the project by Women in Film & Television WIFT Finland 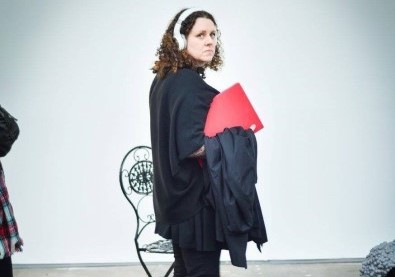 Invited to the project by LIT,  Limerick School of Art and Design 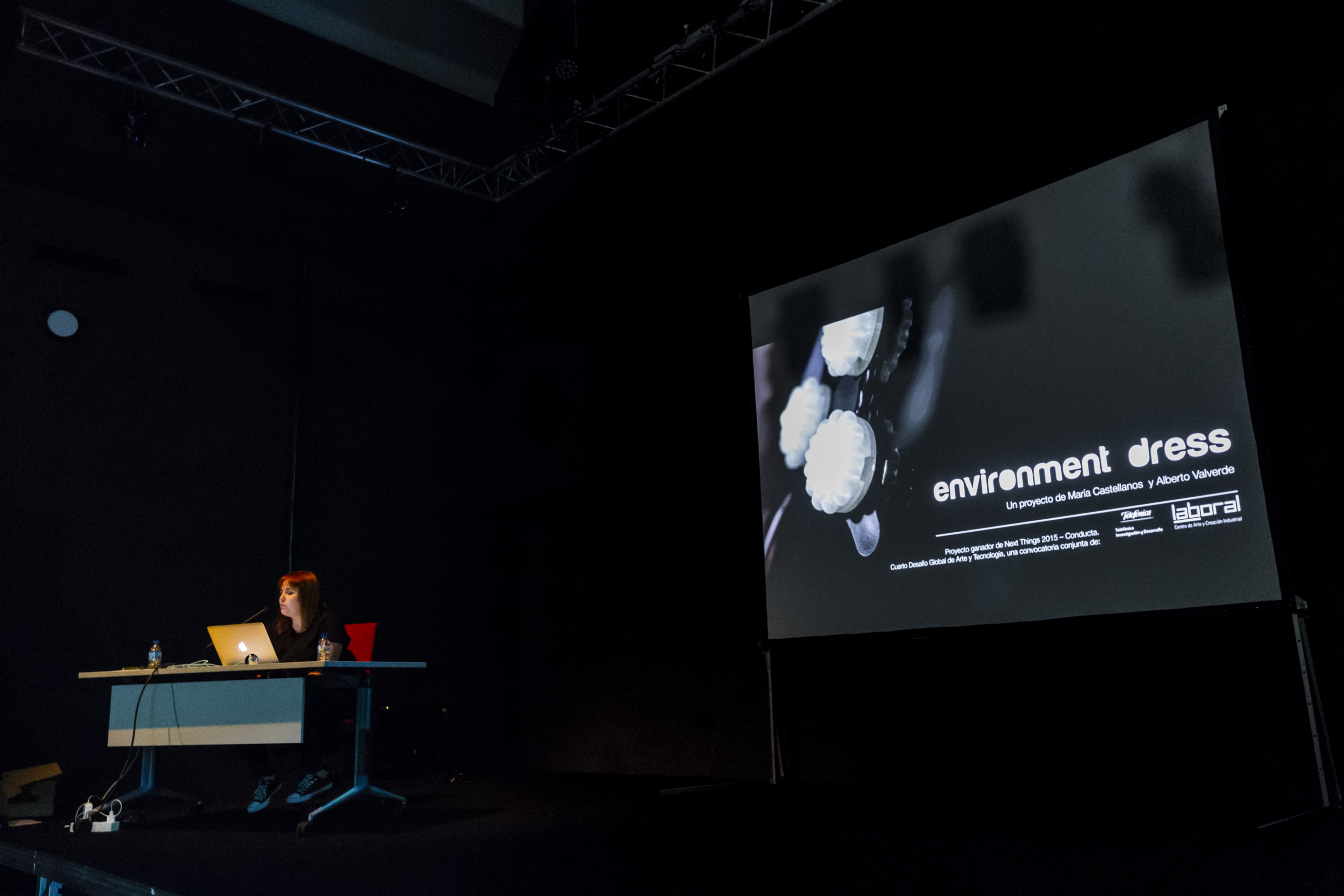 (b. 1985, Gijón, Spain) is artist and researcher, holds a degree and a doctorate in Fine Arts from the University of Vigo, Spain. In her thesis, The Bionic Skin. Technological membranes as corporal interfaces in the artistic practice, she researches technological prosthesis, focusing on hybridization between cyborgs and wearables as a paradigm of extending human sensorial capabilities. She is currently an artist in residence with Vertigo, European Project EU-Horizon 2020, for which she presented the winning project. She also recently exhibited at LABoral Centro de Arte, Gijón, Spain (Next Things_Next Starts). Castellanos has received numerous awards and grants.

Invited to the project by Factoría Cultural Avilés 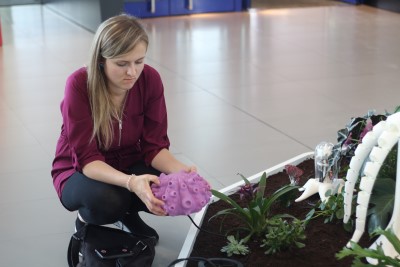 (b.1991, Vilnius, Lithuania) Studied BA and MA in Film Directing at the Lithuanian Academy of Music and Theatre. Prior, completed a course at Skalvija Film Academy. Studied at Escola Superior Artistica do Porto, Portugal. Created short fiction and documentary films, gaining national and international awards. Took part in educational projects and seminars both, as participant, and as a lecturer. Lectured film directing and scriptwriting at the Film School “Youngblood”. Jury member at San Sebastian Festival’s 61st edition, “International Film students meeting”, 2013. Worked in feature films and series of national and international directors.  She is currently working on her first full length documentary „Gentle Warriors“, produced by “Moonmakers” (Lithuania) , co-produced by Vesilind (Estonia). Documentary following a journey of five girls voluntarily serving in the Lithuanian Armed Forces among six hundred men.
http://bit.ly/Marija_Stonyte

Invited to the project by Vilniaus rotušė 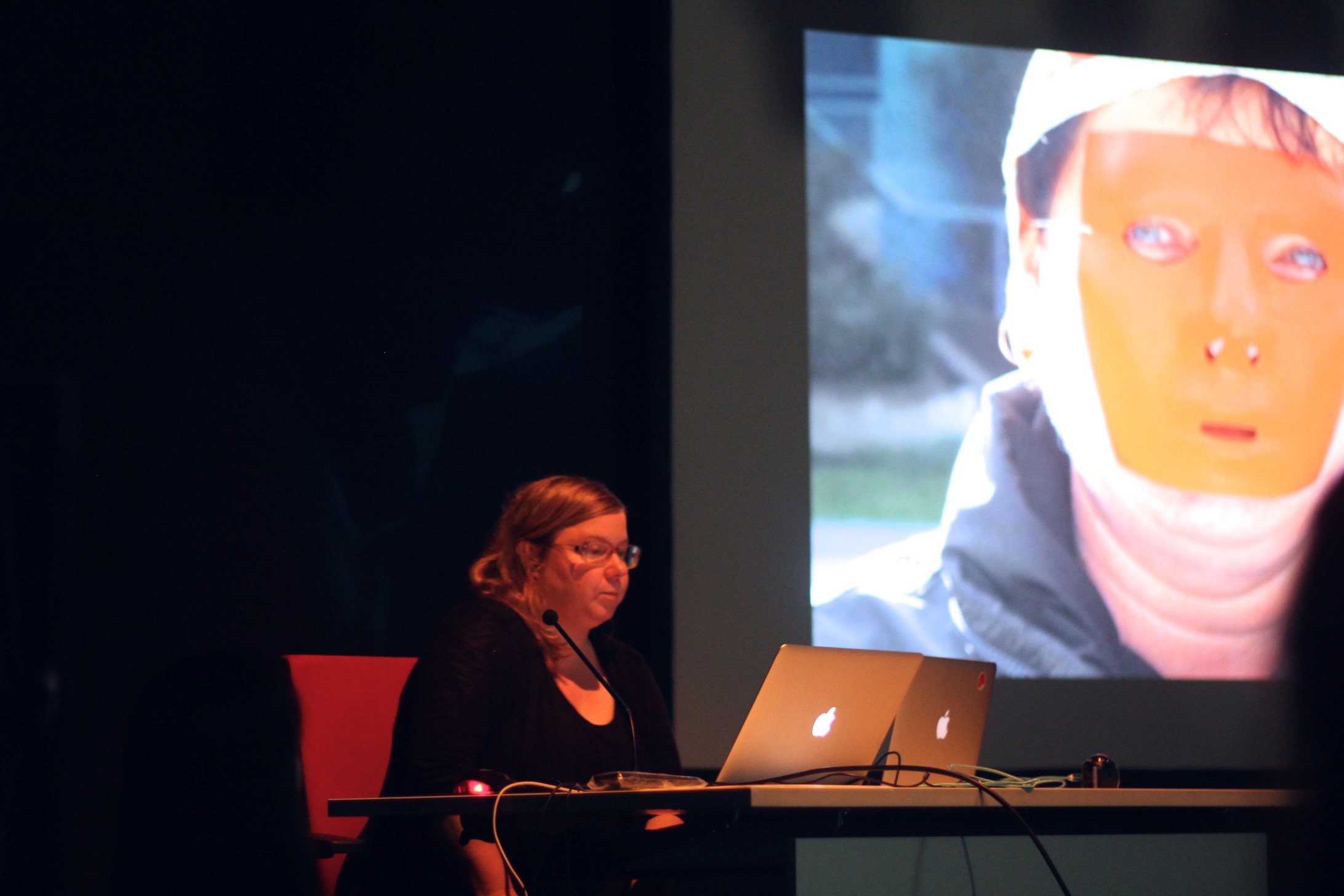 (b. 1983, Helsinki, Finland) is a multidisciplinary artist based in Helsinki. She gained a Master’s degree in Fine Art from Aalto University in 2014. She has worked in different low-income fields for several years, and these experiences have inspired her to create projects emphasizing workers’ rights issues. Tuomaala participates actively in various art workers’ activities and events concerning art politics. She is currently a board member in the Union of Finnish Art Associations, AV-Arkki (the Distribution Centre for Finnish Media Art) and the Leftist Artists’ and Writers’ Association Kiila. Her artworks have been exhibited in various festivals and exhibitions internationally. She is also a member of Miracle Workers Collective that will represent Finland at the 2019 Venice Biennale.

Invited to the project by Women in Film & Television WIFT Finland 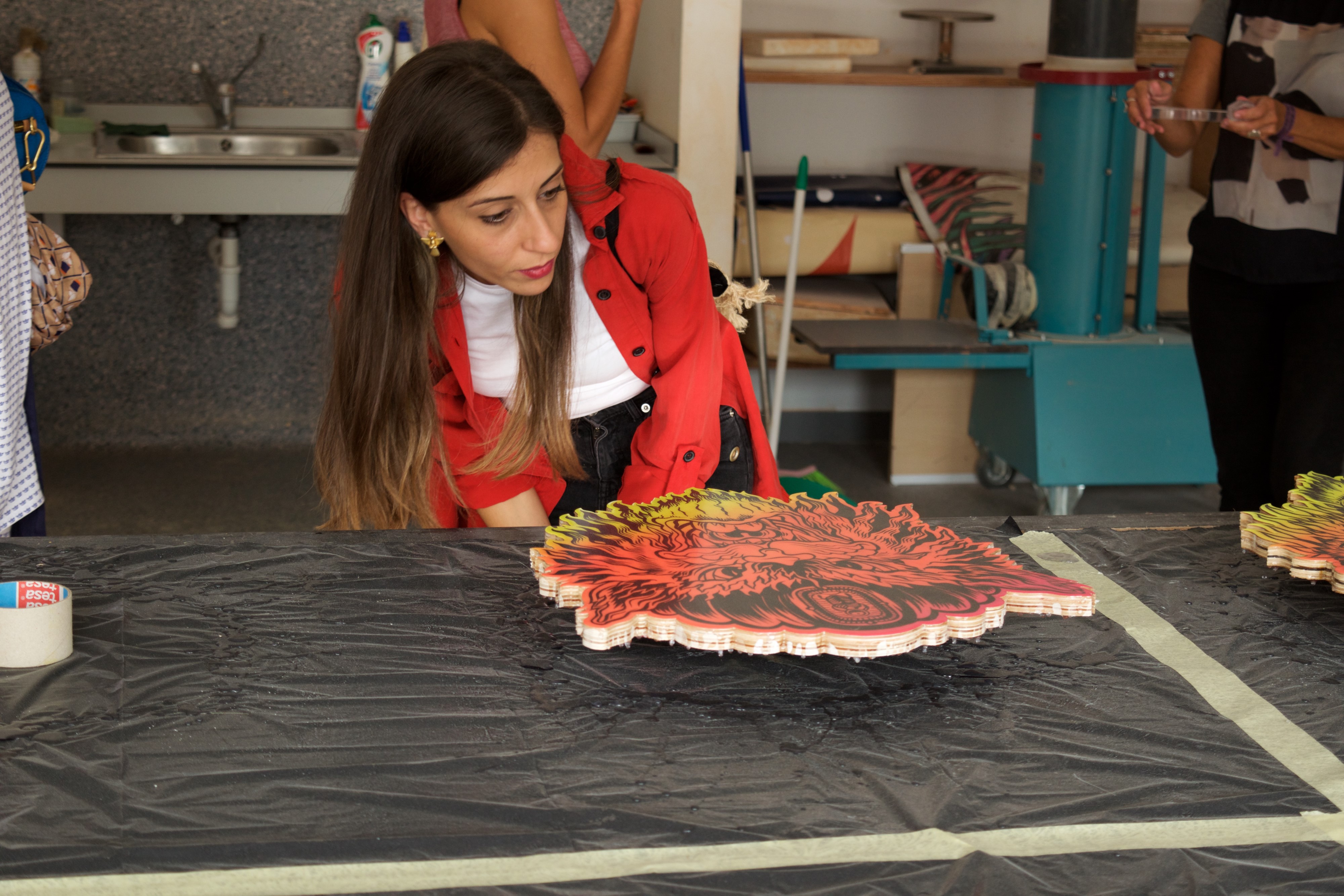 (b. 1990, Santiago de Compostela, Galicia, Spain). A multi-disciplinary artist who researches the relationship between Spain and Morocco in an artistic  way. Her work is considered different as it analyzes the image of people who are culturally different from their own, issues related to migration and cultural identity, all being addressed from a gender perspective using techniques such as video art, photography or installation. Since 2014, she has been carrying out creative workshops for women at risk of social exclusion together with different museums  and institutions in Spain and Morocco. She holds a PhD in Feminist and gender studies from the  Universidad Complutense de Madrid and a MA in Creation and Research from the Facultad de Bellas Artes de Pontevedra, as well as a degree in Fine Arts by Institut National des Beaux Arts, Tetouan, Morocco.

Invited to the project by Compostela Cultura 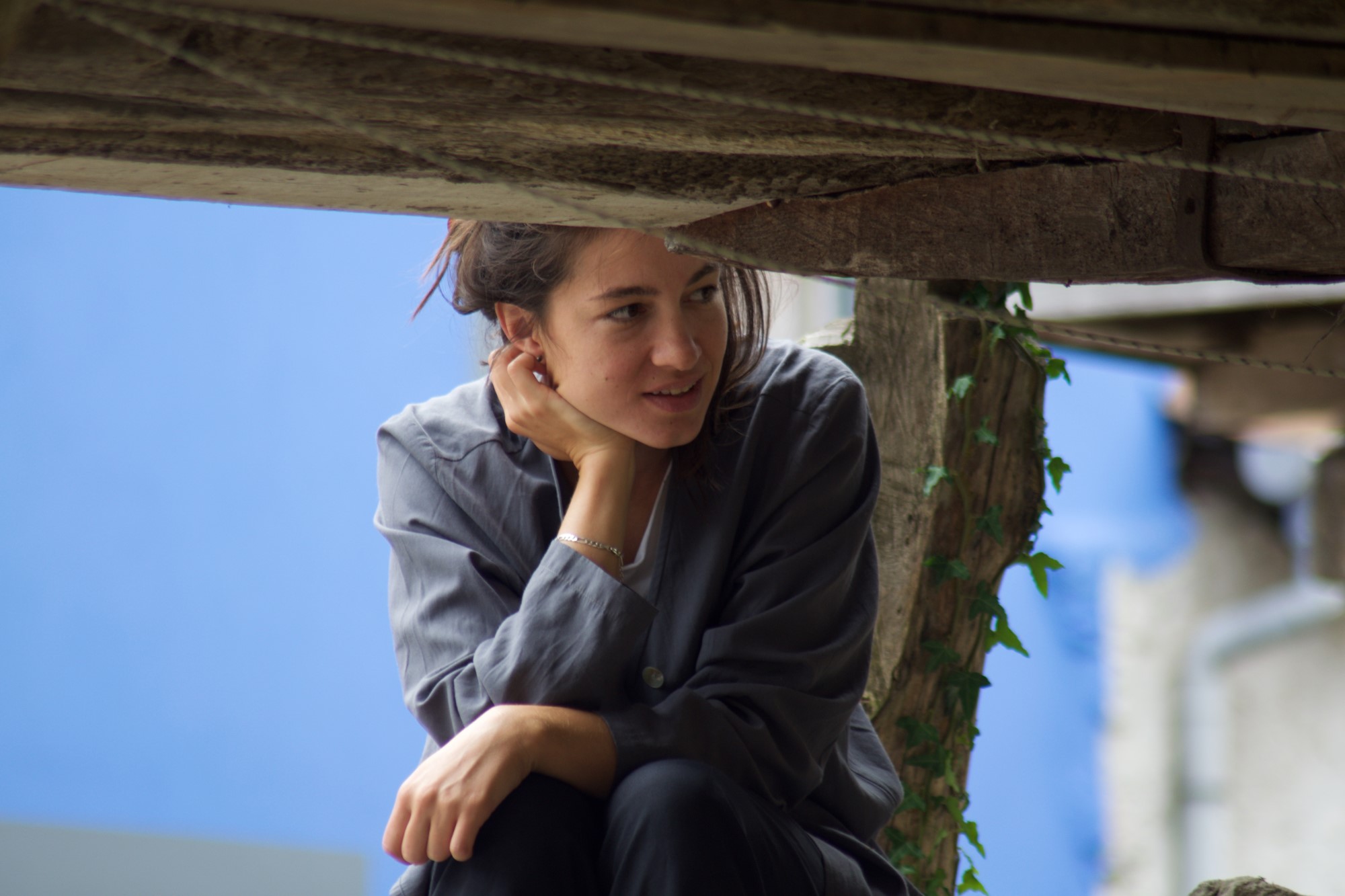 (b. I985, Rijeka, Croatia) lives and works in Zagreb. She holds multiple graduate degrees- in Psychology, Sociology, Photography and a BFA in Cinematography. She did professional practise in London, Hoxton gallery, received a number of awards and took part in artistic residencies abroad. She exhibits a lot, most recently at Museum of modern and contemporary art Rijeka (Rehearsing family, 2017).

Invited to the project by Akademija primijenjenih umjetnosti Sveučilišta u Rijeci 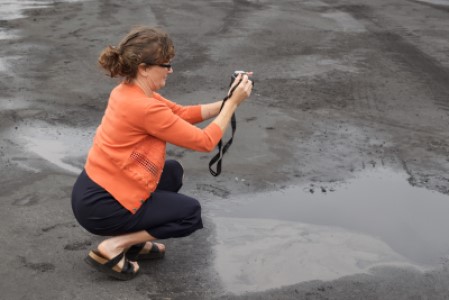 (b. 1965 Ireland), holds a Bachelors degree in fine art from Limerick School of Art and Design and a Masters degree in Interactive media from Limerick University. She works as a part time lecturer in Limerick School of Art and Design and was one of the founding lecturers to set up the online Masters programme in Art, Design and Education. She has also worked as a free lance press photographer for many years. She has curated and exhibited in many exhibitions both nationally and internationally. Her pieces are in major part site-specific works that exist for a limited time. Her focus here is on the creation of short film and sound pieces that are executed with a particular space in mind. These short and often experimental film works emerge as a direct response to place.

Invited to the project by LIT,  Limerick School of Art and Design 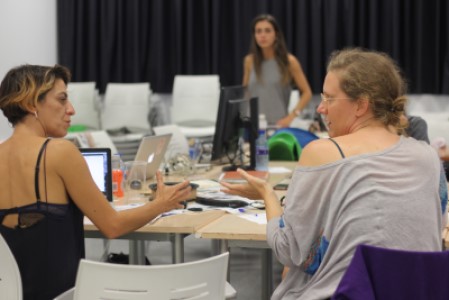 (born 1981, Meaux, France) is graduated in new media and animation filmmaking from ESAD Strasbourg (now HEAR), EESI Angoulême and Poitiers, and EMCA. She explores moving images as a film maker, audiovisual live performer and academic researcher (at Université Paris-Nanterre). She experiments on traditional drawing technics and digital media hybridation, on film dramaturgie and new narrations. Her films tell stories of interpersonnal relationship difficulties and uses poetical visual metaphores to express characters inner states. Within the Live Animated orchestra collective, she perfoms live animation shows with musicians, where the animation loop is made alongside its projection.

Invited to the project by Grand Angouleme 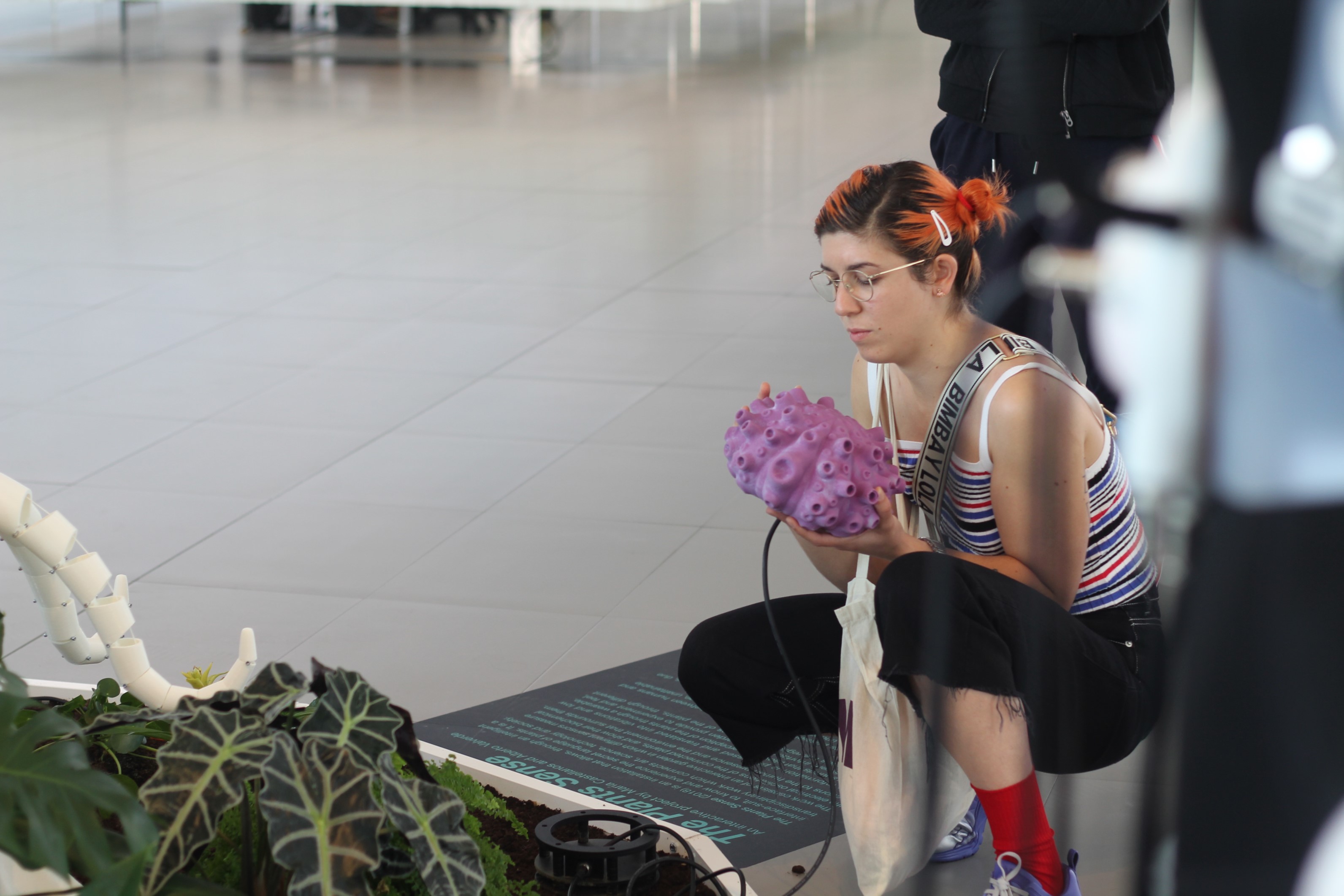 (b. 1991, Muxía, A Coruña, Spain) holds a degree in Fine Arts and a Master of creation and research in contemporary art from the University of Vigo, as well as degrees in Fine Arts from the Polytechnic  University of Valencia and Kingston University, London, and is currently engaged in superior studies in  textile design and fashion of Galicia, ESDEMGA, University of Vigo. She received numerous awards in textile design and photography, worked as a photographer and, besides the solo exhibition Novos Horizontes at Muxía &  Fisterra in A Coruña, took part in various group shows.

Invited to the project by Compostela Cultura